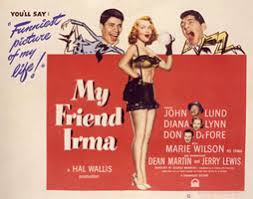 Moses was the most humble of men, yet he was a strong and powerful leader. And not just because He had God for a Boss.

Humility is often confused, I believe, with meekness, and meekness is confused with self-doubt and weakness. Nothing could be further from the truth.

It takes great strength and confidence to be humble. Why? Because those who are humble can put others before themselves, not because they believe others are more important or deserving, but because they treat others as they would want to be treated. People who lack self-confidence are weak and do not treat others well because they want to do what they know is right: they treat others with a higher sense of importance and with more respect than they have for themselves because they lack self-respect. They also will do the opposite- they will “lord it over others”, as Yeshua said people do, to make themselves feel important. Humble people have the strength to do what they know to be right because they know they are no more important or better than anyone else, and to do that you have to have a strong sense of self.

Now, I ‘m no psychologist and I may not be absolutely on the money with this personal diagnosis, but I have been around the block more than once, and I know people. I also know myself, as such, I recognize my weaknesses and remember how it was when I felt less important than others. We have friends who are more influential, we have friends who are richer, and we have friends who are less influential and with less money. The things that the world judges us by are not important to us, but we can’t avoid them. I know that God gives us a spirit of victory, and that isn’t just over sin, but over ourselves. It’s more important, in fact, to overcome ourselves.

Didn’t God ask Cain why was he was so upset when his offering wasn’t accepted? Did God tell him that if he does what is right he will be accepted, and that sin is crouching at his door and he has to master it? That’s the lesson here,  that’s what strength through humility gives us- the ability for me to master myself, and the ability for you to master yourself.

Moses knew this. When he was accused by the people he immediately fell to his face and begged them not to do so because he knew that God saw this as an attack against Him, not Moses. And we hear God tell the people this, over and over. Along with the humility Moses showed, he also showed his strength of character and willingness to stand up to those who were doing wrong. When Korach, Dathan and Abiram  accused him of being too bossy and hogging all the fame (so to speak) he showed humility, but when God told Moses to have all the men take their censors and meet before Him, Moses told them, in no uncertain way, that they were the ones in the wrong. He did not speak nastily to them or berate them, but he spoke the truth and stood up for what he knew was right.

The lesson we should learn is that when we profess to be Believers, and when we say we have the Ruach HaKodesh (Holy Spirit) within us we should be able to find the strength to be humble. We should speak out boldly for the Lord and His ways, yet remain more concerned for the rights and well being of others before ourselves. Not because we think they are better, or because we don’t deserve nice things, but because we obey the Lord and know that means we should treat them as we want them to treat us, no matter how they really treat us.

We do what God says we should do and not because of what people do. That is the strength that comes from the Ruach, and that is how we are strengthened enough to be humble.

That’s really what humility is- doing what you know is right and not caring whether or not the people you treat correctly treat you that way. We are told how to treat people, and to wait upon the Lord when we, ourselves, are mistreated. God will judge. It isn’t “weak” to be mistreated, and it isn’t cowardly to turn the other cheek. That doesn’t mean you allow people to hit you, literally, it just means that we should be strong enough to take a few insults and be mistreated. There is nothing wrong with standing up for your rights, but we must do this while remembering that we are no better than anyone else, and that we can “take it” because God is our Judge, not people.

Show your strength and the power of God that lives in you by being humble and unassuming. When God first appeared to and spoke to the Children of Israel He thundered and flamed on the top of Mt. Horeb. It was very impressive. And when he appeared to Elijah in 1 Kings, He was not in the earthquake or the powerful wind, but he was a still, small voice.

We can be His emissary and His representative as that still, small voice.